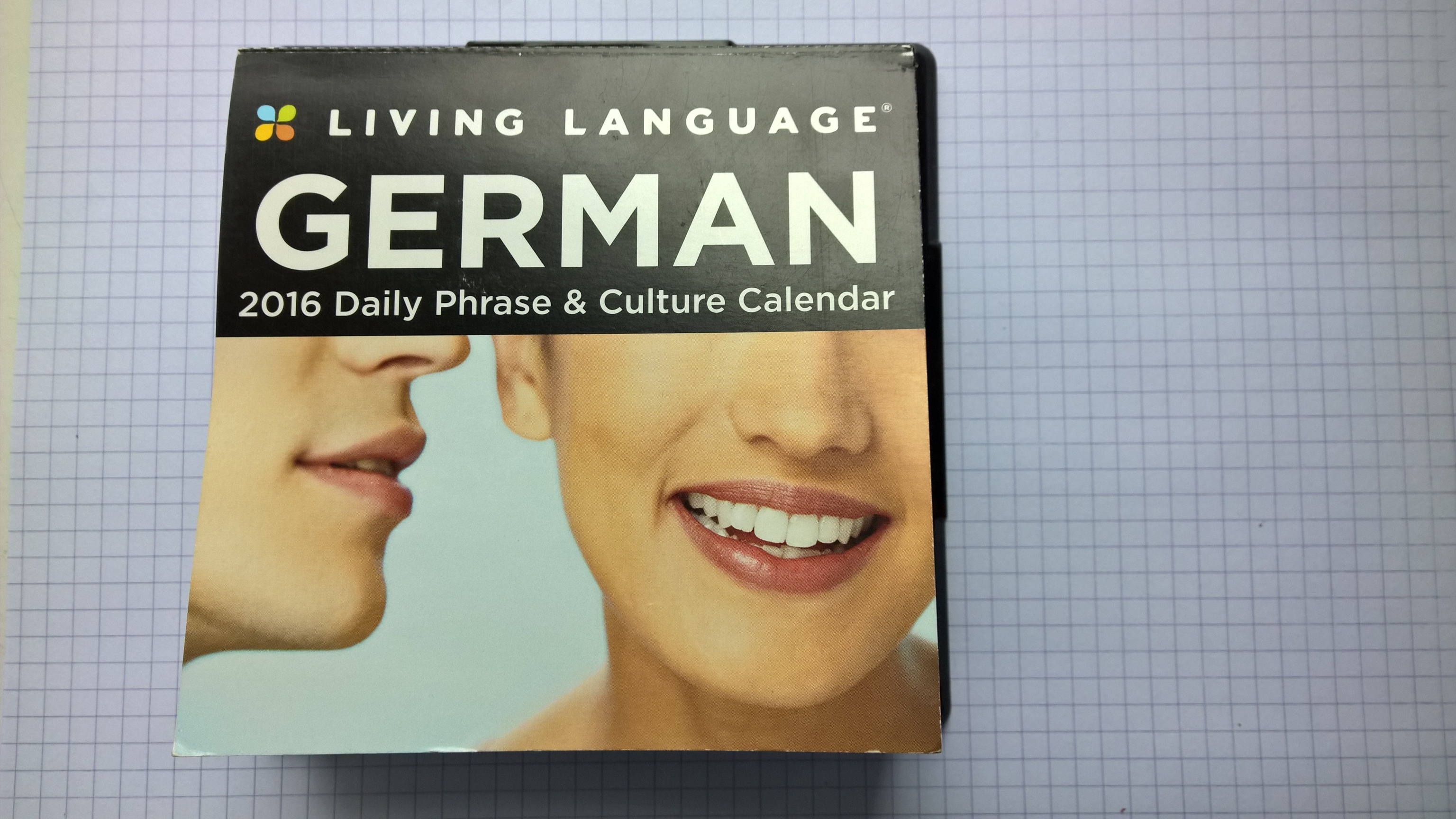 Phenomenal feeling of fear that has marked my entire previous year, deserves special post as a start of serious nerdy venture. It struck me on 2nd of July, around 13 o‘clock, on main train station in Hamburg. I came there as scholarship holder of German government, soon to be master of organizational sciences, with all my diplomas neatly arranged in a folder. Small problem that I had encountered was that I didn’t know how to buy a ticket on automatic machine, because I couldn’t speak German.

Tired from the trip, with more than 30 kg of luggage I could barely drag along, I managed with the help of kind passer-by to transfer the system into English and successfully complete that difficult task. The landlady of the apartment in which I was supposed to move any minute, is not answering the phone. And when she did, I found out that her English is much worse than it sounds via e-mail. Luckily, she was “only” an hour away from this railway station…

I can tell you that this was very stressful day and the very beginning of a specific sociological experiment. I got the announcement about getting the internship less than two months before my arrival. In that time I mastered how to ask for a bagel in bakery. I certainly did not master how to follow the instructions that Birgit yelled through the phone (in order to help me to understand her better). As much as I am sad because I didn’t have any foreknowledge – since that would be great opportunity for practicing, I am glad because I earned invaluable experience of starting something from the scratch.

Job I came to do during next six months I could perform in English, but the meetings on which I was always kindly invited to by my colleagues and encouraged to attend – were mostly in German. I started then mixing bagels with departments of the company, reports and streets, project titles with umbrellas and other things that I forgot in Belgrade…

If you closely observe your ignorance, you can learn lot of things. You learn that anything that has some value cannot be achieved without lot of effort and hard work. You can clearly see massive, dark doors that only knowledge can leave ajar. I literally could follow how much continuous learning increases my ability to participate in everyday life.

Everytime when two people in the office make a joke – and I understand it and laugh, felt like I’ve just passed three faculty exams. That’s how much I prepared for it and waited it. These situations make you aware of the fact how much you have had to learn in order to do things that today you do so easily, and take that for granted.

The fact that I am not able to speak the language of the country I live in, was something I couldn’t hide from people in my environment. But, if you think about it, that is the case with all kinds of knowledge in life – your knowledge on how to approach a girl, drive a car, lose 10 kilos or stop choosing the „wrong“ guys – it’s obvious. One can just see when you don’t know how to do it, when you struggle to make just a little step forward.

The thing that was by far the most exciting and fun part of this experience, was start of noticing how other people behave towards you when you do not know something. My wonderful mentor offered me to go to the internal training of the company, despite the fact I couldn’t understand them very well. “If you want to learn, you have my permission to be absent for a couple of days and go to this workshop.” I want to learn. I’m terrified and grateful to the limit of the impossible.

Around 15 of us gather in the hall. The lecturer explained the basics, we listen. Sometimes I asl the person sitting next to myself what some word means, as quietly as I can, not to bother anyone. Everyone smiles politely and translates. Sometimes they do so even without me asking. I see how they approvingly nod on my attempts to understand and they are glad that they can help me.

Then lecturers divide us into teams and give us a task. It repeats seven times per day. Tasks usually require intensive communication of the group and knowledge in management and the projects that I have. Now, the situation changes. Although they have me in the group and they are aware of the fact that I do not understand anything, being under the pressure to finish the task on time – sometimes they stop translating things. Half an hour later, they work – I write notes about everything I see and hear. Then they automatically switch to English, without me realizing why – and we cooperate superbly.

It happened that they just reflect on an issue and all thoughtfully gaze at the flipchart. If I ask, “What are we doing?” – after a short explanation, I come up with a suggestion that they like and they adopt it. As soon as we finish that, story continues in German. Ten minutes later someone remembers me and there we go again.

It depends a bit on a person, too. I noticed that the introverts were more often willing to help than extroverts, probably because they don’t like fighting for the space to say something with the rest of the group. It is more comfortable for them to work with me one-on-one and feel how much I appreciate them for it and how I absorb every single word they say. On the other hand, when an extrovert person says ti the group – “Let’s switch to English” – the chances are bigger that the group will listen.

Sometimes the most considerate people, who persistently use English with me, were those in which I could notice a dose of pity for me – even though they knew that I speak three other languages and I do my job quite well. Such were in the minority, and they taught me that it is not nice to let someone know that you are aware of them being lost, if it is not necessary.

If we forget about the language barrier, I realized how often people assume that you know a thing even though they don’t have a reason for that. You seem funny because you dared to try. They forget that they don’t know something you know. They are too lazy to explain. It’s not just their attitude towards you – it’s their attitude toward learning and their idea that there is a right time, right place and only one proper way to learn, which is something I absolutely disagree with.

Fortunately, most of the people with whom I worked, especially my team – were the ones who were able to “trick” me to get involved in the conversation. They were figuring out goofy associations to German words, for me to memorize them with more ease. It was not hard for them to explain in English or find me literature that I can read. They were not forcing me to speak. They truly respected the fact that at the end of each working day, instead of going for a walk, I go to German class. This is also attitude towards learning. That kind of people I love the most.

I’m still learning German and my plan is to reach level C1 by the end of this year. You will be informed about my progress in any case… I wish you to think less of what you don’t know, and more about how to overcome that. I wish you to raise two fingers when someone offers you the opportunity to learn, no matter how ridiculous the whole experiment seemed at first. Finally, I wish you to find the right environment and support, which, along with knowledge, values your effort to get it.

Look for the border lines of ignorance around you and keep searching cracks on them. Pay attention to the learning process and to the attitude that works best. You may learn more than you planned. =)