Posted at 19:41h in Uncategorized by Hana Ćelap 0 Comments
Share 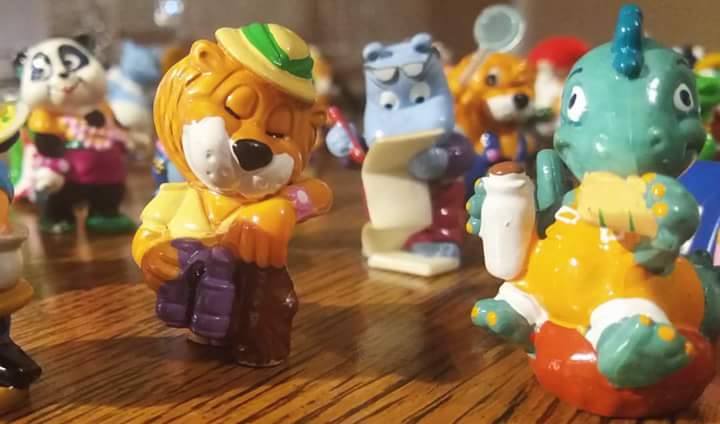 “Look at those sweet little shoes!”

“How’s going at that new job of yours?”

A cacophony of a family lunch, completed with clinking of glasses and silverware noise. Leon gives a glance to all moving lips that are talking, drinking, chewing and laughing. I can tell that he’s focused, because he barely blinks. Sentence are intertwined in his head and he struggles to understand who starts them, and who is the one that puts a dot in the end.

He frowns. It would be nice to be included, but he doesn’t not know how to start. So, he screams. Okay, he got our attention. People start to talk affectionately to him, it sounds better, but it is equally unclear. Nervous rubbing of eyes signaled his mom that he had heard far too much and it’s time for an afternoon nap.

My nephew has six months. Based on everything I see that his parents do to make him happy and satisfied, I can conclude that he is a very lucky baby. A lot of things in his life are carefully served on a plate, in a snack size accurately measured.

If you pay attention only to the toddler – things like family lunch are a big fight. I can tell you that a little one learns each day as much as I did while I was preparing an exam in financial markets (and even today stocks and options give me the creeps…).

After half an hour of the necessary time-out, he’s back to the game. He found himself on the belly, surrounded by familiar toys on a wide, unfamiliar terrain. Someone has a teddy, someone has a bunny – Leon loves his toy shaped in green, velvet peas. Why, do not ask me. Do not ask him either, it is clear that it’s quite frustrating for him that he cannot explain that to you.

Just one centimeter to stretch out little finger and he’ll get that green miracle. But do you know what one whole centimeter is?

If you do not know how to crawl – that’s a lot. Actually, you know how to crawl – if somebody pushes your diaper a little bit, or at least hold it. Just enough so that you can push yourself farther in the direction of this precious peas, damn it… No one is holding him now, they’re just watching with a smile.

He fights. Attempt in reaching out swings him to the side. Not quite sure how he regained his balance, he obviously surprised himself by doing that. I see can it on his face. He’s kicking with legs, but the peas is not getting nearer. Oh, c’mon, he knows that crawling has something to do with the knees…

Finally, he manages to roll up a knee, only one, to help himself a little bit to the finish line. Family is delirious. Yes, yes, it is clear that he is more advanced than other babies his age and has a bright future ahead of him…

Winner doesn’t really care. He looks briefly at his prize, puts it into his mouth and turns to a multitude of other toys. He selects a new target, fixes it with those big eyes and wiggles to sets the right direction.

Frankly, I don’t know what goes through his head, but imagine now that Leon says to himself – “Well, yesterday I learned to recognize so many words, I’m too lazy for that now.”

“It’s too hot, all the other babies are outside.” “Surely no one will pick this particular word to ask me…” “Oh, I’m talking better at night than in the morning…”

What if he started to ask himself – “If today I don’t pick the peas, when is my next deadline for this?” “Will they put me then on the same distance from the beloved toy – or I’ll have to start all over again?”

“Do they consider my venture a successful one, or it is like, just average?” “I cannot catch peas while everyone is watching, I am under the pressure.”

Leon doesn’t ask stupid questions. Leon learns and puts an effort as if his life depends on it. In a sense, it truly depends. What kind of life is that if you do not know how to say what you want and you can’t take what you like? Lousy one, I would agree with him completely.

His gums hurt. Teeth are growing.

Shorts is pinching him. He outgrew it.

Then the first shoes will be too small.

Playground in front of the house will become too tight.

It’s simply the way it goes… When you grow, it has to hurt. When you learn, it must be uncomfortable. Why do you worry then about all deadlines, pressures and scores? These are very secondary things compared to the goal to which you aspire.

You analyze how difficult it is. You invent ways to get rid of this burden of knowing. You tell excuses to others and yourself – I can’t do it, because it is too complicated. And where did you get the idea that it should be easy?

You’re doing great and important thing, you have no experience and material is complicated – so of course it’s hard! Take a nap for half an hour and continue with learning, everything else is a waste of time.