Posted at 21:23h in Uncategorized by andjela 2 Comments
Share 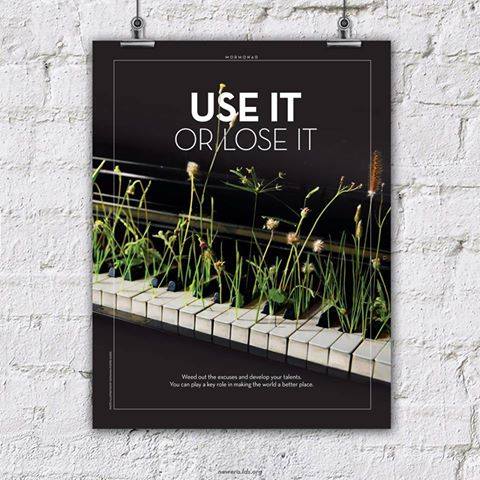 I started learning piano when I was about seven or eight years old. It seemed ladylike and I insisted to try. My parents were never especially encouraging me to do so, but they were willing to support me. In my building lived girl called Mica, who went to same class as my brother. Her mom Jelena was piano professor. That’s how we arranged my first class.

Even today, I can recall in my memory how embarrassing was for me than to sing something, in order for professor to check do I have an ear for music. Two of us are sitting in front of a piano in her room, I have just met her, can’t touch the floor with my legs and – sing. After that she starts with explaining of piano notes, and it flashed through my little head – it must mean that I am „good enough“.

Jelena was nice and calm woman, which waited me on every class with some cookies. I got sheet music and books, and pianino afterwards – so that I can practice at home. This instrument serves today to fulfil decoration in dining room and for laying aside messages and bills. It didn’t wait long enough to hear Beethoven’s sonatas, but I am sure that it remembers how the song „Old MacDonald had a farm“ goes, together with few other chosen musical compositions.

In that time, in my school was organized a show. Can’t remember exactly what was the motiv, but the idea was to make a choir out of every class and to make as compete between ourselves. Someone in my class was supposed to follow the choir on a piano. Silly Mile, professor of music, asked who would know how to do it, since he had already chosen „musicians“ in other classes.

I wisely stayed silent, because of the fact that my two hands just few days earlier started cooperating on piano keys. As it usually goes, some cheeky girl betrayed me and yelled how Hana knows. I tried to defend myself explaining that it’s not quite like that… Too late – I am the only one who knows how to read piano notes and it qualifies me for the position despite my preferences. I got material for practice and rehearsal dates.

I honestly practiced hard. The song was so stupid, and the trauma that I went through with it, repressed the exact title od that track. I only remember joyful, but yet iritating melody that goes round and round, endlessly, and lyrics: „Embers flying everywhere …  These fireworks are set off now”. Fireworks are cracking, nerves of my family members are cracking due to mine all-day-long rehearsals, my confidence and wilingness to come to class, not to mention the show, are definitely cracking.

Appearance of my third grade class was pure disaster, because I completely lost it due to fear and jitter. To be completely frank, my choir members were not singing the same verse at the same time, but hereby I am publicly talking all the blame and responsibility from my comrades on me (my backpack for school was, at that time, big enough for all the blame to fit in, right next to the exercise book).

By some miracle, there was one class who managed, in tight competition, to embarrass themselves more than we did. We took honoured fourth place out of possible five. Mile was not mad, my teacher Zorica was not mad, and all pupils forgot about the whole show until the third break, although they were wearing funny, „formal“ uniforms.

Soon after that, I announced to my parents and Jelena that piano became „somehow boring“ to me, and that I won’t go to classes anymore. I explained it like that to myself, too. They tried hard to convince me not to do that.  One of the arguments was  that investment in a pianino that is so beautiful, can be good enough reason for me to try again. But I’ve already gave up, and started flittering around like I got that pianino right off my shoulders.

„I’ve never forgiven that to myself“ would probably be the lamest conuclusion I could write now. Of course I have! I was young and didn’t have a clue about anything, especially not about how I should have, through self-analysis, come to the fact that I’m afraid of criticism and failure. For someone who goes to third grade it is totally understandable and okay to follow sometimes the line of least resistance.

After all, no one is stopping me from sitting by the piano and finally learning how to play. I am firmly convinced that I would manage to do it, but – that is no more my priority. My priority is to catch myself “canceling classes” and explaining to myself how something that is truly important for me is “somehow boring” – just to get off the stage. My priority is to tell you stories about it, so you can see how ridiculous I was, and be smarter than me.

A year ago, I decided to start a blog for nerds. I created a strategy. I found role-models, mentor, critics. I have read countless texts on that topic – how to get close to your audience, how to define your target group, which color of title will affect positively mood of your readers… The only thing that was a bit „boring“ to me – was writing the blog. „I will do that easily, as soon as I define XYZ…“.

It’s not easy and it won’t be until I write one hunderd texts (approximately; I hope I will write them enough to confirm this hypothesis). I still have to take next-to-last place between all nerdy blogs and get my family crazy in period of practicing how to write properly.

That is why I would like to remember few points, and it could, maybe, helpful for someone else, too:

If you want to learn something, it is unavoidable to start with simple ideas. So simple, that it hurts. First you have to play „Old MacDonald had a farm“ and there is no discussion about it.

External circumstances won’t always be on your side. Even when it happens, you won’t be able to harmonize your own two hands with ideas, wishes and ambitions that you have. You will look infinitely slow and extremely incompetent to yourself. That will last sometime and it is okay.

Don’t buy piano immediately. Big investments are for the time when you already got some discipline.

You will always have a choir of people around you, everyone singing according to their inspiration in the moment. There is one thing they will all agree upon – you are the one who should play, not them. Nontheless, they all know how it is supposed to sound. They are not doing this because they’re mean – it is the most natural and humane thing in the world.

Whatever you do, they’ll forget until the third break when did you make mistakes and if you made them at all. It is not as important to them as you now belive it is.

You’ll always be nervous about showing what you’ve learned or created in front of others. You’ll get courage, do it, and than make errors in 0everything you can and can’t think of. Everybody will see it. Luckily, there is always someone who will fail even more, so you won’t be the funniest one.

You will definitely encounter the moment when what you do will become „somehow boring“. I know, you don’t have enogh time, and it’s not like it is that relevant. Maybe you’ll try later, after you practice it enough, when you are truly ready…

Think about it again. Think of the programme and schedule the show. Invite guests. If you feel stage fright, it is not boring. Bow down and begin.